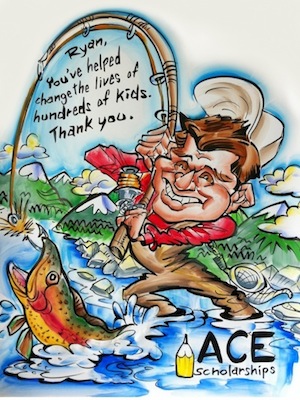 The big news in the comic/caricature world right now is Bitstrips. Bitstrips are the product of an app that have slowly been taking over social media sites with particular attention being paid to Facebook.

These are either one shot comics or storyboarded comics created by any user who has the Bitstrip app and a facebook account. Users create an avatar by answering questions about their body type, height, hair color, clothing choices, and typical accessories. Then they plop the avatar into pre-packaged backgrounds that vary from sidewalks, to bedrooms, to nightclubs, to forest fires. You can add other props, animals, and even friends’ avatars. Finally, you add a thought bubble or a caption and voila! You’re an artist.

The issue with Bitstrips is that there’s virtually no originality in the execution, because everything has already been done for the user. Caricature, good caricature, is all about the details – the arch of an eyebrow, or the dimple on the left cheek, but not the right. These comics could be viewed as diminishing the craft, taking work from artists, and also giving potential artists a reason not to hone their skills.

And because Bitstrips are most commonly found on Facebook, their content is generally anecdotal. These are inside jokes, or hastily made political statements that do very little for the reputation of cartoonists and caricaturists as observers of humanity and artists.

If you’re looking for a reprieve from the norm, a little artistry in the age of patented, pre-programmed monotony, contact Mark Hall today. Let’s put a little art back into making a statement.